Az here from Porcelain Pill (but you probably already know that).

We’ve had this little idea that it would be nice to keep you up-to-date with the progress of our second EP. What better way to do it that to blog about it as we go? We’ve included a comment box at the bottom of the post, so please leave us some comments and get the conversation rolling.

I’m going to cover a couple of things today:

I’ve been accepted into a songwriting mentorship! It’s a great initiative run by The Push here in Victoria.

Basically I’ll get to work on the new Porcelain Pill songs with three great songwriter over three weeks. It’s set out as three one-on-one sessions. I can’t wait to learn everything I can!! 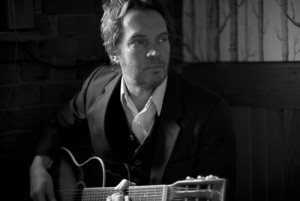 The first session is on Wed 12th March (that’s right! THIS COMING WEDNESDAY!!) with Charles Jenkins. He’s been in a few bands throughout his career so far as well as being nominated for a few ARIA’s. These include The Mad Turks from Istanbul, Icecream Hands, and currently Charles Jenkins and the Zhivagos (just released a cool new album). 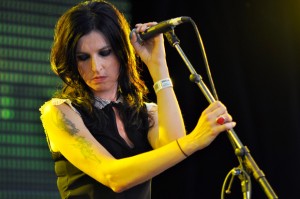 The second session will be with Adalita. Adalita was formally the front-woman of the great Australian rock band Magic Dirt. She has just released her second solo album “All Day Venus”, and I’m loving it! 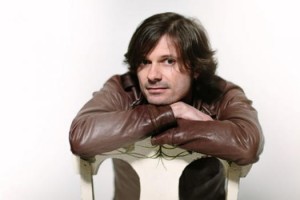 The third session I’ll be working on the songs with Darren Middleton. Darren is formally of the massive Australian band Powderfinger, but more recently he has gone the indie route with his new album “Translations.” I read a great article about what it’s like going from one of the most successful Australian bands, to the indie scene. Have a read of it here, it’s a good one.

So we’re really busy at the moment trying to get the new songs in enough shape to take along for some constructive (I hope constructive) criticism.

The Work We Did Today.

Today we did a big session working on the EP and got stuck into some of the hard stuff that we’ve been procrastinating over. Some of the songs need a big rework of all the beats and drum sounds. Lets talk about one song in particular:

This song so far only has the working title of “Jan 9.” It’s a pretty creative title that I put a lot of work into haha (I started writing it on January 9th and needed to save the file as something). “Jan 9” started as an idea for a beat. I made the beat I had in my head and crafted a song over the beat. Today we pulled that beat apart and decided it wasn’t quite right. What we ended up with changed the song very dramatically. The new beat felt great, but it made the guitar part sound a bit lifeless. So we also redid that guitar part, then pulled some instrumental samples from the bridge and laid them through the rest of the song. It now has a totally different vibe!

And the most exciting change we made to “Jan 9” is that we added a sample of children yelling and laughing! It injects such joy into the song! It’s amazing how a 5 second sample in a song can have such an effect.

We sat down and did some serious planning.

We really really want to go on tour after the EP is released. It’s a daunting task organising a series of shows all over the country, and we really don’t know how much it will cost/ how on earth we are going to fund it.

Any ideas? Leave us a comment at the bottom of the post! Please, we need all the input we can get and you may just have the answer!

We’re going to meet up with artistprenuer Steve Palfreyman on Thursday to discuss our release plans. Hopefully the muddy thoughts in our head will become a bit clearer.

That’s about all the news for now. How did you find the first blog post on our new site? Can you think of any way to improve it for the next post?

The songwriting mentorship sounds amazing! Loving the new site & looking forward to chatting with you both (thanks for the mention too). Much love legends

We’re definitely going to see what we can do about some Tassie dates!